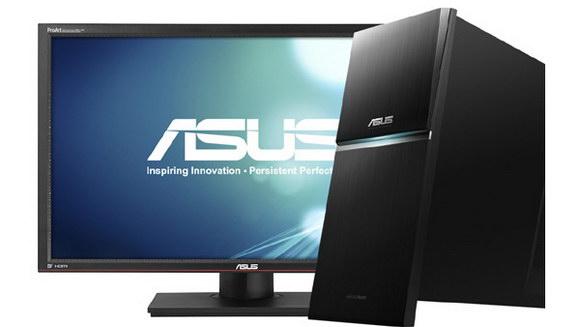 While the list of ASUS Desktops listed below seems large, it is by no means an exhaustive list. The list below is comprised of some of the more popular ASUS models that we have seen over the years.  If you do not see your Desktop model on this list, don’t fret, just give us a call with your model number.  More than likely we can take care of your needs too.

The name they chose was “Pegasus” is taken from the term for mythical creatures of Greek origin. In its development, the name was shortened to “Asus” in order to appear at the beginning of the sequence corresponding alphabet.

In contrast to the present, at that Asus is based in a small apartment in Taipei, Taiwan, is engaged in computer consulting and hardware manufactures are not homemade.

However, after successfully making and selling 486 motherboard for Intel processors at the end of the decade of the 80s, the company began to concentrate on hardware construction.

On his way, companies are starting to go public in 2005 it grew bigger. Asus motherboard installed in 29.2% of desktop computers sold during the year 2009.

In the same year Asus posted revenues worth USD21, 2 billion. To streamline the company’s performance, in 2007 Asus divide themselves into three different companies, namely Pegatron (focusing on the production of PC components and devices OEM), Unihan (non-PC device manufacturers), and Asus itself is concentrating on the production of notebook and computer systems intact.